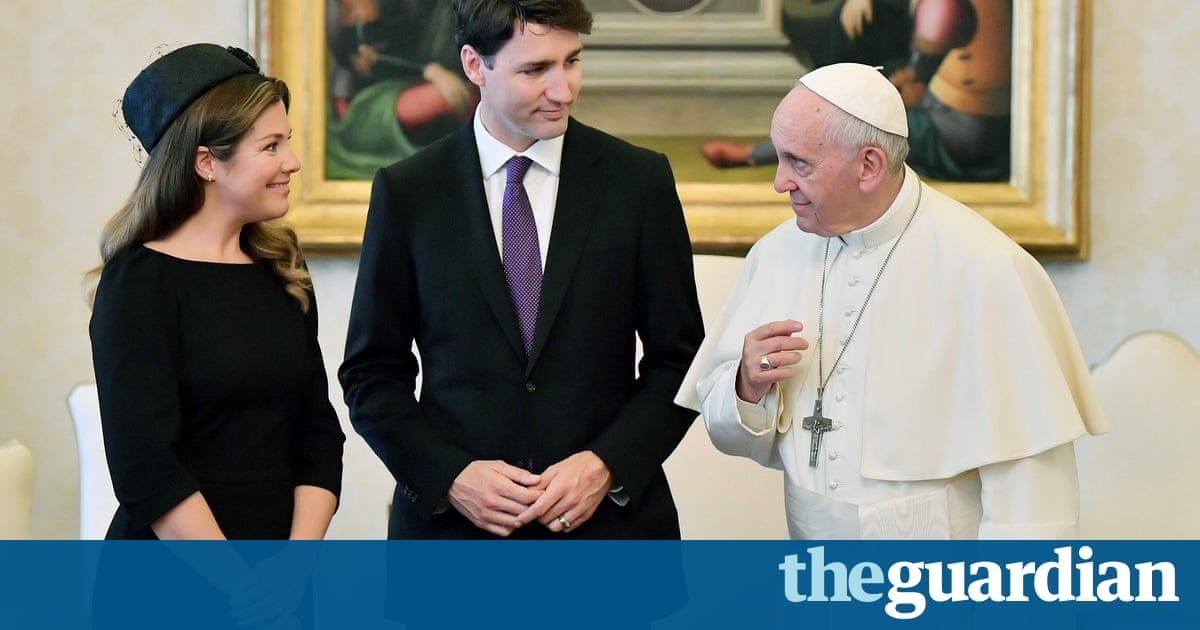 Justin Trudeau has urged Pope Francis to visit Canada to apologise to indigenous peoples for the Catholic churchs treatment of aboriginal children in schools it ran there.

Starting in the late 19th century, about 30% of children of Canadas native peoples, or about 150,000 children, were placed in what were known as residential schools in a government attempt to strip them of their traditional cultures and ancestral languages.

For over a century the schools were government-funded but many were administered by Christian churches, mostly Roman Catholic.

I told him how important it is for Canadians to move forward on real reconciliation with the indigenous peoples and I highlighted how he could help by issuing an apology, Trudeau, the Canadian prime minister, told reporters after meeting the pope.

He said he had invited the pontiff to make the apology in Canada.

Canadas Truth and Reconciliation Commission said in a 2015 report that the practice, which kept children from the First Nations, Inuit and Mtis peoples far from their parents, amounted to cultural genocide.

Many children were physically and sexually abused.

The commission made 94 recommendations, including that the pope issue a formal apology in Canada to survivors and their descendents for the churchs role in the spiritual, cultural, emotional, physical and sexual abuse of the children.

Trudeau said that in their private talks the pope reminded me that his entire life has been dedicated to supporting marginalised people in the world, fighting for them, and that he looks forward to working with me and with the Canadian bishops to figure out a path forward together.

Canadian bishops have said the pope might visit next year.

Trudeau said he and the pope also discussed climate change. Unlike the US president, who met the pope last week, Trudeau and Francis agree that climate change is caused by human activity.

We talked about how important it is to highlight the scientific basis of protecting our planet and the moral and ethical obligations to lead, to build a better future for all people on this earth, Trudeau said.

At last weeks Group of Seven summit in Sicily, the US president refused to back a landmark international agreement reached in Paris in 2015 to reduce global warming.

Trump said he would decide this week on whether to pull out of the accord, which was backed by his predecessor, Barack Obama.

Trudeau, who is Catholic, said he had a deeply personal and wide-ranging, thoughtful conversation with the leader of my own faith.