How 5G is changing the game for first responders 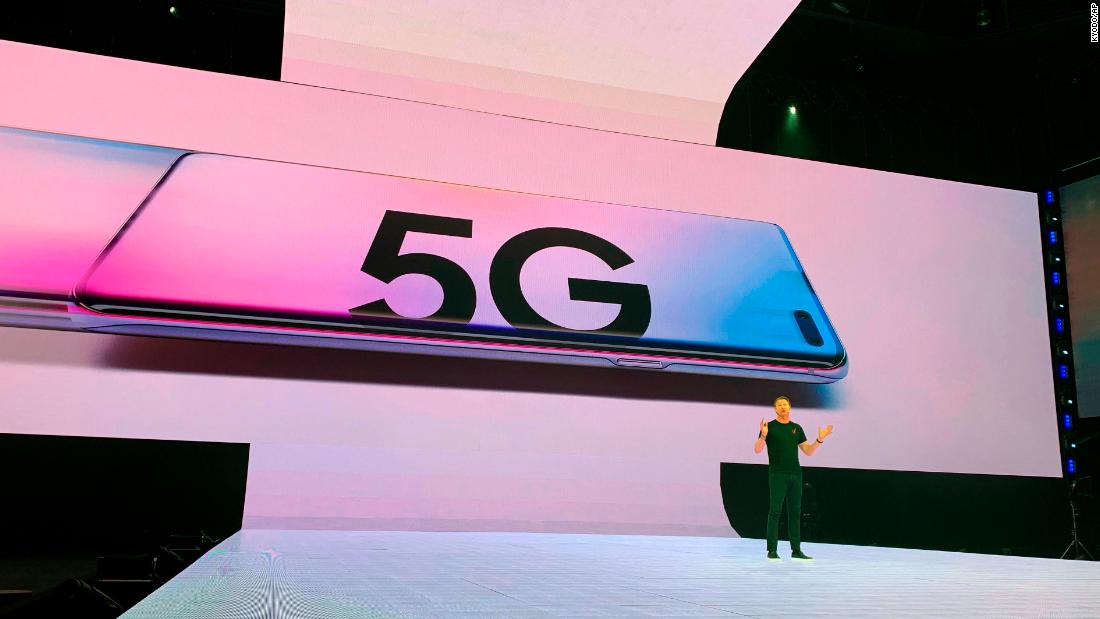 New York (CNN Business)5G isn’t just about faster speeds for your smartphone. It will usher in a wave of new technology that will power the future. First responders in particular are excited about 5G’s potential.

Although first responders are optimistic about 5G’s potential, the new technology comes with a host of privacy concerns.

How first responders will use 5G

At a Verizon 5G event this week, New Yorkfirefighters and police got to see 5G in action.
One company, Kiana Analytics, tracks the movements of people within an airport by detecting them through their devices and analyzes the patterns for suspicious activity. Kiana works with the Department of Homeland Security to gain access to maps of the airports and other data it needs to run its services. Kiana’s CEO and co-founder Nader Fathi said it currently works on Wi-Fi, and the company is testing it on 5G.
Another company, Qwake Technologies, uses augmented reality to outline the environment firefighters are seeing in the dark while they fight fires. Firefighters on the scene wear the thermal cameras and the data gets transmitted back to command. 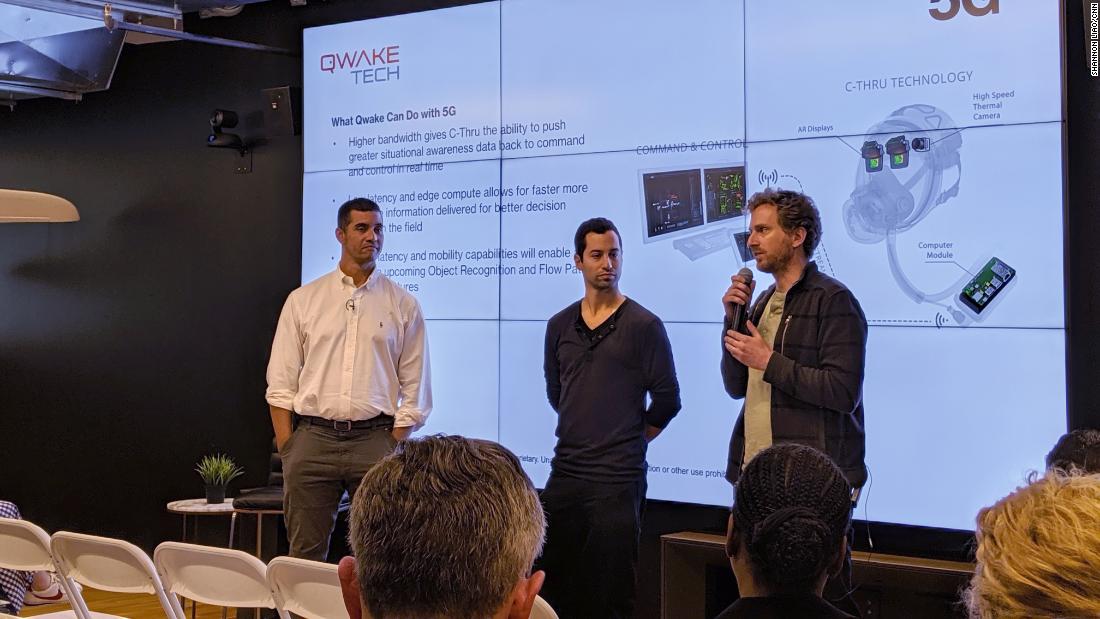 Mike Ralston, head of strategy and product management at Qwake said this could help firefighters coordinate when there are multiple fires in different rooms and a team has to split up.
“That’s really where the… 5G story comes in,” he said.
For first responders, it means the ability to leave the wires and cables at home and wear a headset on the go, taking more immediate action with live data of criminals, and being able to track locations or see more of a disaster through drones.
“To see augmented reality without being tethered to something, that’s pretty cool,” said Verizon’s director of public sector product development Nick Nilan said.
Aerial Applications demonstrated examples of what it would look like to stream video from a field or the cloud to a base on 4G compared to 5G. The 4G footage looked blurry, while 5G was crisp.
“Until 5G rolls out, one of the primary pain points that we’ve been dealing with is the time of getting the data back.” said Nathan Sullivan, chief technology officer at Aerial Applications. “Getting data back from the drone back to our data processing facilities over 4G today in full resolution just isn’t possible. At 5G, we can do that.” 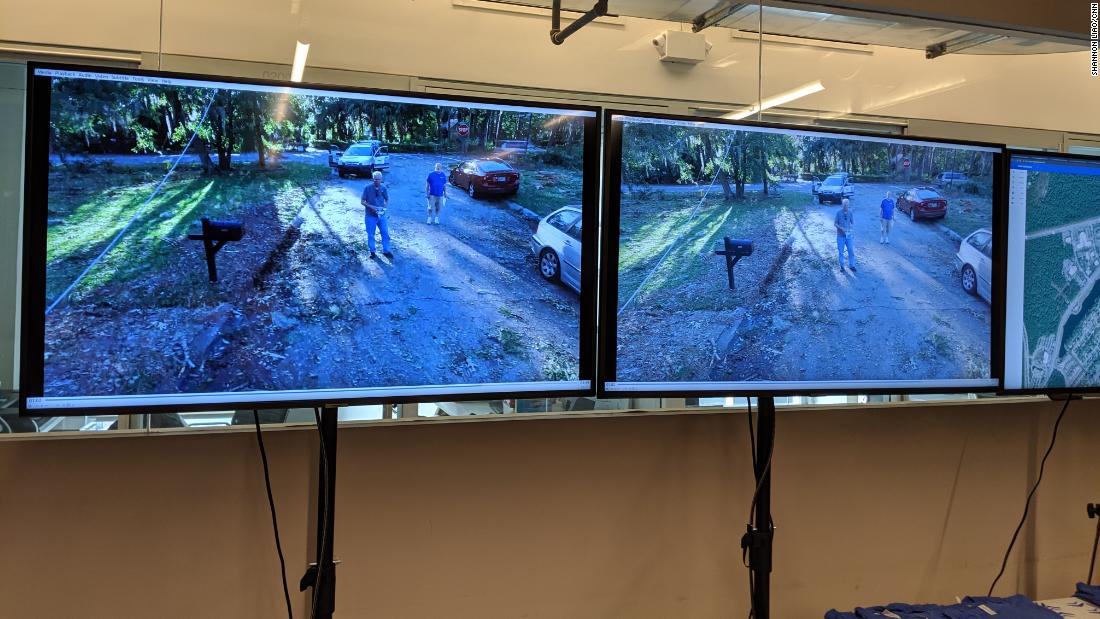 “You’re able to speed up,” Former New York Police Commissioner Bill Bratton said in a speech to first responders on Monday.
Bratton described a prototype smart street light made by the company, ShotSpotter, that would be able to record everything happening on a street regularly, notify the NYPD of any gunshots, and even illuminate the ground more brightly when cops arrive. The street light would send out gunshot notifications, transmit video, and provide real-time information about the neighborhood. ShotSpotter did not respond to requests for comment.
“That’s not 22nd century technology, but 21st century technology that will be readily available,” he said.
Mobile 5G is currently limited. It is livein Chicago and Minneapolis via Verizon, and hotspot 5G has availability in select cities via AT&T, which owns CNN’s parent company WarnerMedia. But that might change soon. Carriers are promising 5G will expand to dozens of cities this year.
“We are deploying very aggressively,” said Ignal Elbaz, AT&T’s senior executive vice president, during a separate UBS 5G summit on Monday.
Elbaz said he believes a network will need to support “a million to billion devices.”

A speedier network will help police officers decipher the massive amounts of data recorded by city cameras. Machine learning will be able to analyze the data at a faster pace.
But massive data collection is controversial, and once 5G takes off, video footage could become clearer and crisper, as the low latency and higher bandwidth makes it possible to transmit higher quality video at faster speeds. Verizon responded in a statement, “Customer privacy is a top priority for our company. We follow very strict privacy guidelines.”
The NYPD said it does not “engage in mass or random collection of facial records from NYPD camera systems, the internet or social media.” Facial recognition images come from crime scenes and are compared to arrest photos from law enforcement records, according to the NYPD. San Francisco went a step further: it banned facial recognition from government use.
“Facial recognition is merely a lead; it is not a positive identification and it is not probable cause to arrest. No one has ever been arrested on the basis of a facial recognition match alone,” Sergeant Jessica McRorie, an NYPD spokesperson, wrote in an email statement.
She noted that the NYPD has arrested a man for throwing urine at subway conductors, and another for pushing a passenger onto the tracks after investigating leads generated by facial recognition. It’s also generally used fortackling homicides, rapes, robberies, and non-criminal activity like driving without a license.
The New York Civil Liberties Union, one of the groups that has voiced concern over the police’s use of facial recognition in the past, said that it’s still concerned. It points out that the NYPD has an app that streams real-time video and police can request to run images through the app for potential matches. It estimates that the NYPD has already used facial recognition in three thousand cases and sometimes employ haphazard methods.
First responders believe 5G could help them save lives faster. As they monitor us, civil liberties groups will monitor them on just how they use that technology.

(CNN Business)The Consumer Electronics Show (CES) has returned an award for a women’s sex toy, four months after it was revoked in a move that drew accusations of gender bias.

But shortly after, the Consumer Technology Association (CTA), which operates the conference, stripped Lora DiCarlo of the award, saying that “entries deemed by CTA in their sole discretion to be immoral, obscene, indecent, profane or not in keeping with CTA’s image will be disqualified.” It also banned the company from exhibiting at future shows.
Lora DiCarlo’s founder and CEO Lora Haddock said the decision resulted from a systemic gender bias that pervades the tech industry.
Haddock said in January that a “long, documented history of gender bias, sexism, misogyny and double standards” has plagued the CTA and CES specifically, noting that a sex doll for men was launched at CES in 2018 and that a virtual reality pornography company exhibits there annually. 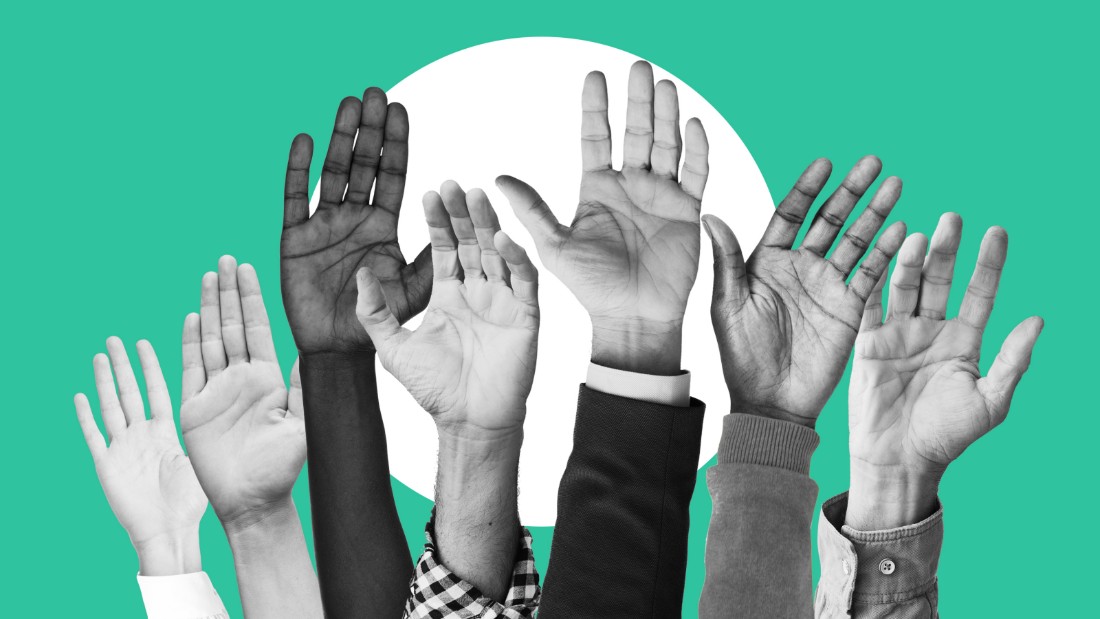 “Men’s sexuality is allowed to be explicit with a literal sex robot in the shape of an unrealistically proportioned woman and VR [virtual reality] porn in point of pride along the aisle. Female sexuality, on the other hand, is heavily muted if not outright banned,” she said.
On Wednesday, CTA offered Lora DiCarlo a “sincere apology,” after announcing that the award had been returned to the company.
In response, Haddock recognized the gesture but said that it was just the first step in driving long-term change. She thanked the company’s fans, saying they had helped to send a message of inclusivity and diversity.
Jean Foster, CTA’s senior vice president of marketing and communications, told CNN on Thursday that the organization is committed to making CES “a welcoming environment for all communities, women, (and) traditionally under represented groups in technology.”
While the organization said it “did not handle this award properly,” it did not specify whether such products would be allowed to exhibit at the conference or eligible to receive awards in future.