Earth is a planet in upheaval, say scientists, as the World Meteorological Organisation publishes analysis of recent heat highs and ice lows 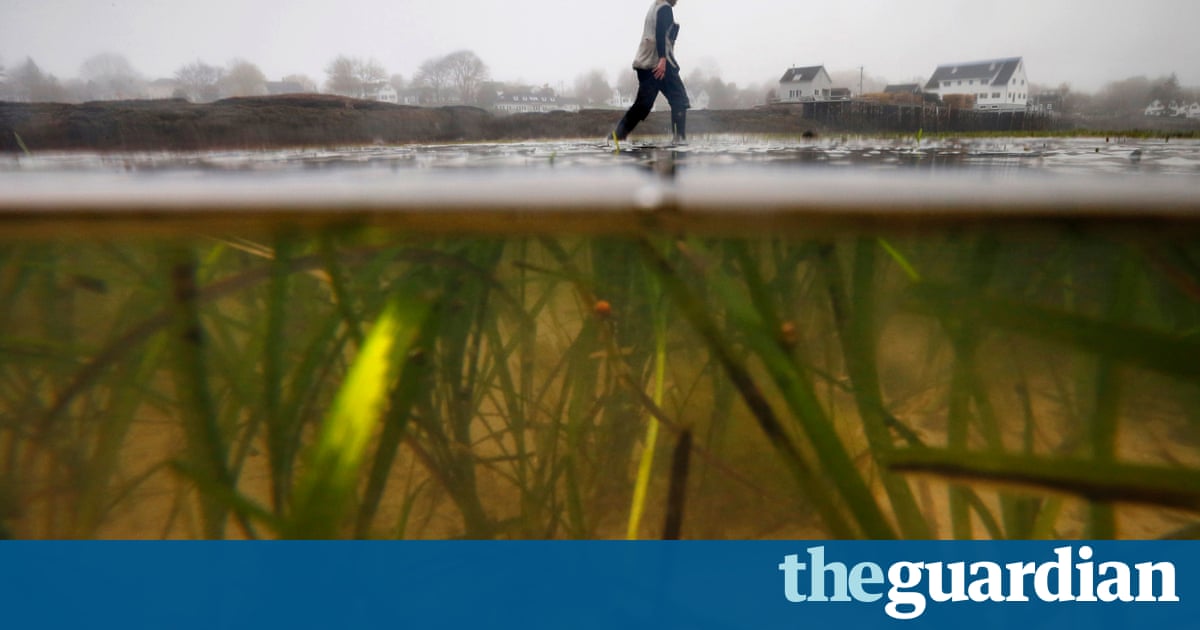 The record-breaking heat that made 2016 the hottest year ever recorded has continued into 2017, pushing the world into truly uncharted territory, according to the World Meteorological Organisation.

The WMOs assessment of the climate in 2016, published on Tuesday, reports unprecedented heat across the globe, exceptionally low ice at both poles and surging sea-level rise.

Global warming is largely being driven by emissions from human activities, but a strong El Nio a natural climate cycle added to the heat in 2016. The El Nio is now waning, but the extremes continue to be seen, with temperature records tumbling in the US in February and polar heatwaves pushing ice cover to new lows.

Even without a strong El Nio in 2017, we are seeing other remarkable changes across the planet that are challenging the limits of our understanding of the climate system. We are now in truly uncharted territory, said David Carlson, director of the WMOs world climate research programme.

Earth is a planet in upheaval due to human-caused changes in the atmosphere, said Jeffrey Kargel, a glaciologist at the University of Arizona in the US. In general, drastically changing conditions do not help civilisation, which thrives on stability.

The WMO report was startling, said Prof David Reay, an emissions expert at the University of Edinburgh: The need for concerted action on climate change has never been so stark nor the stakes so high.

The new WMO assessment also prompted some scientists to criticise Donald Trump. While the data show an ever increasing impact of human activities on the climate system, the Trump administration and senior Republicans in Congress continue to bury their heads in the sand, said Prof Sir Robert Watson, a distinguished climate scientist at the UKs University of East Anglia and a former head of the UNs climate science panel.

Our children and grandchildren will look back on the climate deniers and ask how they could have sacrificed the planet for the sake of cheap fossil fuel energy, when the cost of inaction exceeds the cost of a transition to a low-carbon economy, Watson said.

Trump is aiming to cut climate change research. But the WMOs secretary-general Petteri Taalas said: Continued investment in climate research and observations is vital if our scientific knowledge is to keep pace with the rapid rate of climate change.

2016 saw the hottest global average among thermometer measurements stretching back to 1880. But scientific research indicates the world was last this warm about 115,000 years ago and that the planet has not experienced such high levels of carbon dioxide in the atmosphere for 4m years.

2017 has seen temperature records continue to tumble, in the US where February was exceptionally warm, and in Australia, where prolonged and extreme heat struck many states. The consequences have been particularly stark at the poles.

Arctic ice conditions have been tracking at record low conditions since October, persisting for six consecutive months, something not seen before in the [four-decade] satellite data record, said Prof Julienne Stroeve, at University College London in the UK. Over in the southern hemisphere, the sea ice also broke new record lows in the seasonal maximum and minimum extents, leading to the least amount of global sea ice ever recorded.