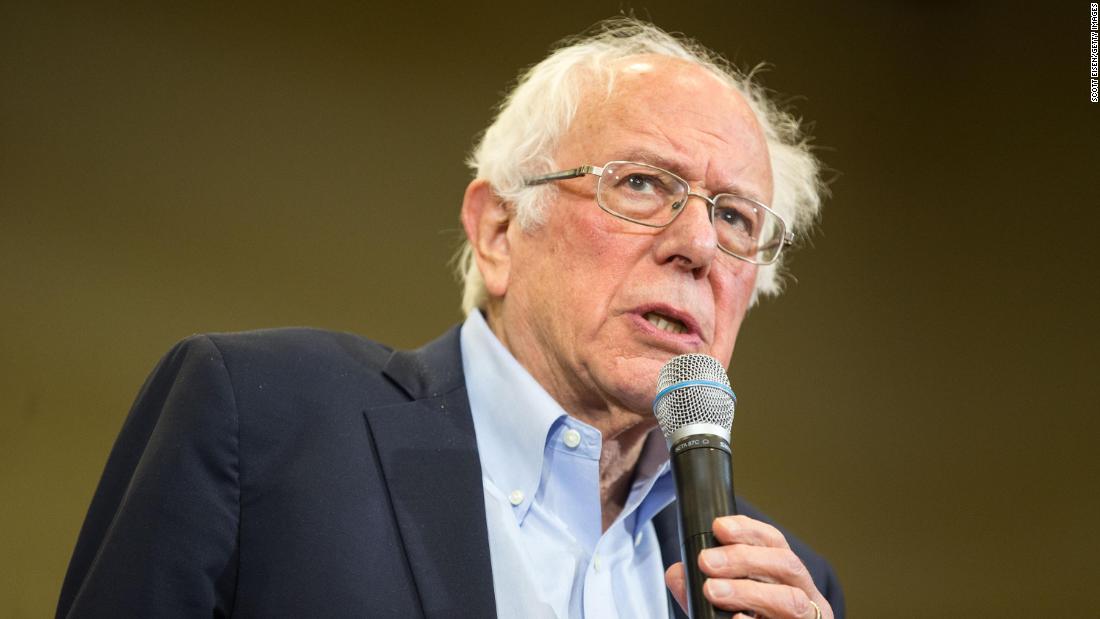 (CNN)Vermont Sen. Bernie Sanders leads in New Hampshire, continuing to widen his top position, according to a new WBUR poll conducted by MassInc. out Thursday.

Minnesota Sen. Amy Klobuchar receives 6% support, with Hawaii Rep. Tulsi Gabbard and businessman Andrew Yang both at 5%, and businessman Tom Steyer at 2%. No other candidate receives above 1% support.
Sanders’ rise from 15% in WBUR’s December poll to 29% in the latest January edition is the biggest change in the last few months, in a state sandwiched between his home state and that of Warren.
A New Hampshire poll from Monmouth University taken earlier in January shows Sanders with 18% support, a gain in Monmouth’s polling from 12% in September.
His rise in New Hampshire state polling comes as he surges elsewhere as well. A recent CNN national poll conducted by SSRS released Wednesday showed Sanders and Biden made up the top tier of candidates; Sanders had risen seven percentage points since the previous national poll in December. And a CNN/Des Moines Regiser/Mediacom poll released earlier this month showed Sanders on the rise with 20%, as he formed a top tier with Warren (17%), Buttigieg (16%) and Biden (15%).
In the WBUR poll, Sanders’ support is much stronger among younger voters (37% among those 18-44 years old) than among older likely New Hampshire Democratic voters (23% among those 45 years and older), with no strong differences among the younger crowd by gender.
When it came to issues, likely Democratic voters in New Hampshire most referenced health care, including Medicare and drug prices (48%); environment and climate change (34%); and the economy, jobs and wages (20%).
The WBUR/MassInc. poll was conducted by telephone from January 17 to 21, with 426 New Hampshire voters who are likely to vote in the Democratic presidential primary in February. The question results in this release have a margin of error of +/- 4.8 percentage points