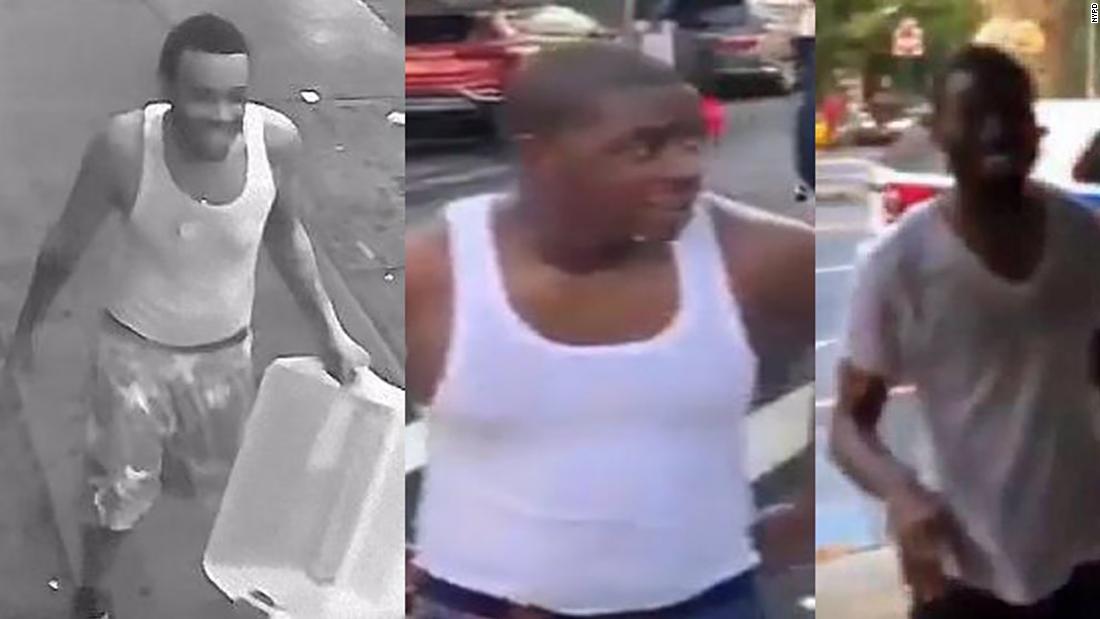 (CNN)The images are alarming and infuriating. Over the past week, in three separate incidents in Brooklyn, Harlem, and the Bronx, uniformed New York City police officers have been assaulted by individuals in lawless episodes that were videotaped and went viral on the internet — brazen, water-dousing attacks via buckets dumped on heads or Super Soaker water guns sprayed in officers’ faces.

Clearly overheard on the videos, bystanders laughed, clapped, and cheered.
Witnessing a number of these assaulted New York officers hurrying away from the scene and not arresting the perpetrators, is chilling, sad, and disgraceful — anarchy and chaos seemingly rewarded by a hesitance to immediately apprehend assailants.
And while suspects, including a known gang member have been later arrested in at least one of the incidents, it is difficult not to worry that copycat assaults in other cities may follow; that and a “harmless” water-dousing of law enforcement officers in 2019 will lead to further breakdown of order and potential reemergence of more violence and criminality.
After a fourth videotaped incident depicted youngsters — one of whom appeared to be as young as a first or second grader — gleefully joining the adults in their disgraceful misconduct, the head of the sergeants’ union called for the New York City Police Commissioner, James P. O’Neill, Jr., to step aside. Mayor Bill de Blasio described the conduct as “completely unacceptable,” and retired Chief of Department, Louis Anemone, a fiery 34-year NYPD veteran, parried with an open letter blaming “the ‘woke’, ‘progressive’, political establishment of New York City,” for replacing “common sense, impartiality, and honesty in the pursuit of happiness in the City with crazy theories about our sub-conscious prejudices and minority privilege.” Addressing the mayor, he wrote: “Resign now.”
Indeed, there is a case to be made that the attacks on these cops who were simply doing their jobs stem from a more permissive environment tolerated in de Blasio’s New York — one that can sometimes seem to preference “de-escalation” over accountability and the rule of law.
Some observers have tried to minimize the attacks, glibly sneering that water — like the hurled milkshakes flung by some in the 21st century protest world — fails to inflict physical harm. And in most instances, they may be correct.
But whatever the preferred liquid projectile, the act of dousing someone with it meets the legal standard for assault; which includes any unwanted physical or “offensive contact.” And to the police officers subjected to these outrageous attacks, how is one to make the immediate determination that the aggressive liquid-hurler isn’t tossing a bucket of acid, or bleach, or infectious waste in their faces? 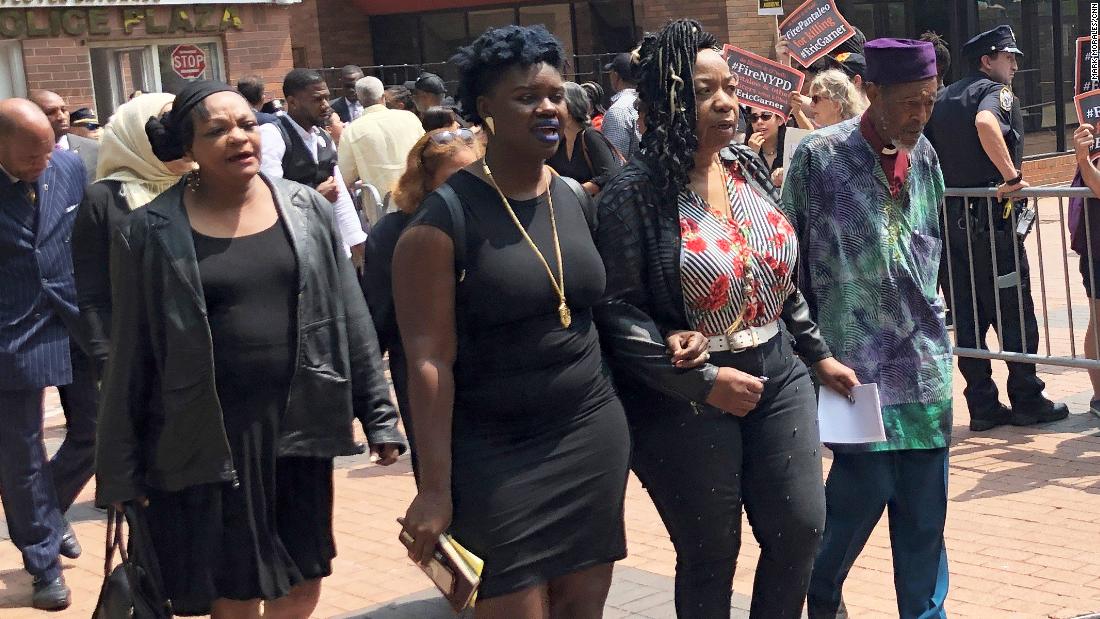 No federal charges for NYPD officer in Eric Garner’s death

In some of these videotaped instances, those engaging in the mayhem could certainly be charged with obstruction of governmental administration. We employ police forces to maintain the potentially fragile existence of order. And when established law and order break down, criminal elements in our midst sense opportunity and become emboldened.
A groundbreaking criminological theory was advanced during the 1980’s by social scientists George L. Kelling and James Q. Wilson. “Broken Windows” revolutionized urban policing and many gave it credit for the dramatic downward trending of crime in several major cities — most notably in New York. Former Mayor Rudolph Giuliani and his police commissioner, William J. Bratton, called it into service in New York City, arguing that allowing disorderly conditions to exist unchecked invited even more serious crimes to proliferate in the welcoming environment.
My FBI career spanned a quarter-century, with much of it spent in New York and working within FBI-NYPD task forces. In 1990, the year before I arrived as a newly-minted Fed, the city suffered an incomprehensible 2,245 homicides. Last year, there were but 287. Remarkable for a city with approximately 8.4 million residents. Broken Windows deserves at least a share of the credit.
Yet some dismiss the obvious successes, arguing that incidents of police brutality are the result of an adversarial culture and over-policing inherent in Broken Windows. They will cite tragic police interactions, as in the death of Eric Garner on Staten Island in July of 2014. Garner died while being taken into custody for selling loose cigarettes. After resisting arrest, he was restrained in a department-prohibited, illegal chokehold.
A grand jury failed to indict the cop for manslaughter, and neither the Obama or Trump Justice Departments elected to charge him with federal civil rights violations. The incident roiled some sections of the nation, leading to protests and even officer assassinations. Writing in Slate, Justin Peters cast it as Exhibit A in the case against Broken Windows, calling it “racist” and “classist.” 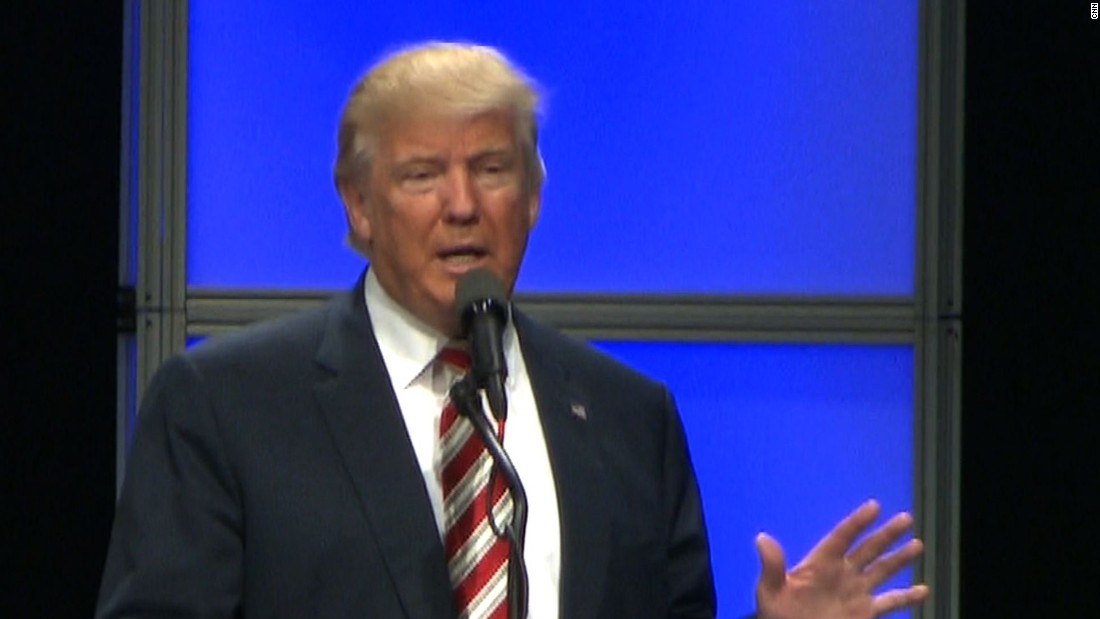 While incidents like Garner’s death draw headlines, data proves that the NYPD is anything but a department of hair-trigger reactionaries, and deserves far more credit for helping reshape New York City into the safest big city in America. With a uniformed membership of some 35,000, the NYPD has long been considered a model of restraint as it pertains to usage of deadly force.
Some encouraging news has developed in the wake of this spate of assaults on cops in the form of 27 prominent black leaders, who exhibited exemplary leadership by coming together to condemn the water-dousing assaults. In an open letter in the New York Times they stated: “We were appalled at the recent verbal attacks on and water dousing of police officers in Harlem and Brooklyn.”
That helps.
But not everyone will be persuaded: In a world where perception is reality, it becomes difficult to counter the indelible imagery of a viral video of police brutality or unjustifiable shooting of an unarmed citizen.
There is no denying facts, however: According to Eugene O’Donnell — a former cop and assistant district attorney, and now a professor at John Jay College, in 2013 — the NYPD responded to close to 4.8 million calls, had millions of additional contacts, yet were only involved in 40 shooting incidents, firing a total of 248 rounds. He points out, by way of comparison, that the number in 1972 was 2,510.
And yet criminals — including those who gleefully engaged in these attacks on cops in three New York City boroughs — may be emboldened, as Ret. Chief Anemone warns, by the policies of this mayor. In the wake of Garner’s death, for example, de Blasio demanded that the ranks be retrained, and his police commissioner at the time, William Bratton, told a City Council hearing that police would be learning “de-escalation” techniques. While no one can fairly suggest the mayor or police commissioner — either Bratton, who retired from the de Blasio administration in 2016, or O’Neill, who succeeded him — have ordered cops to “stand down” or benignly submit to assaults, it is difficult not to see the periodic demonization of the profession as something of an open invitation for those who desire to attack the police. 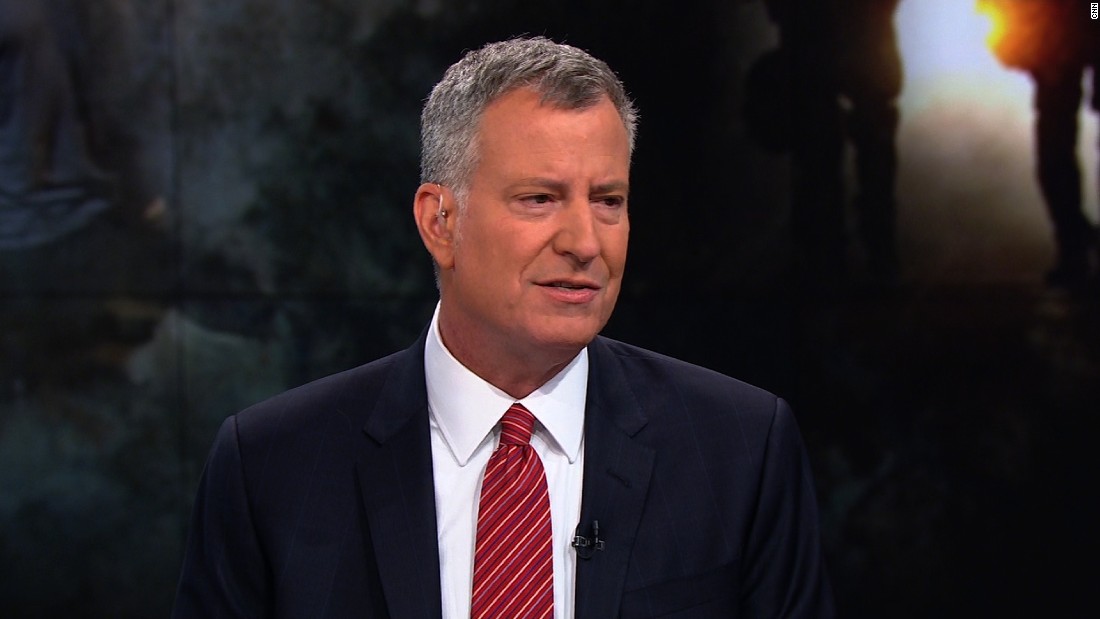 After all, de Blasio himself has shared on the presidential debate stage the “special caution” advice he had imparted to his son, Dante, who is bi-racial, to be wary in the presence of police. Whatever his personal views are, this public implication by the city’s chief executive that his department might not be trusted not to racially profile is unhelpful — to say the least — to the relationship between de Blasio and rank and file city police.
Civil disorder, anti-social behavior, and blatant disrespect for law enforcement must not be tolerated anywhere in America. We can fairly demand that police perform their duties professionally and dispense justice evenly, while also expecting that those they are sworn to protect and serve aren’t provided — however inadvertently — a green light to assault them.

Tags: Dousing cops with water is assault and should be treated that way (opinion) - CNN, news, opinions