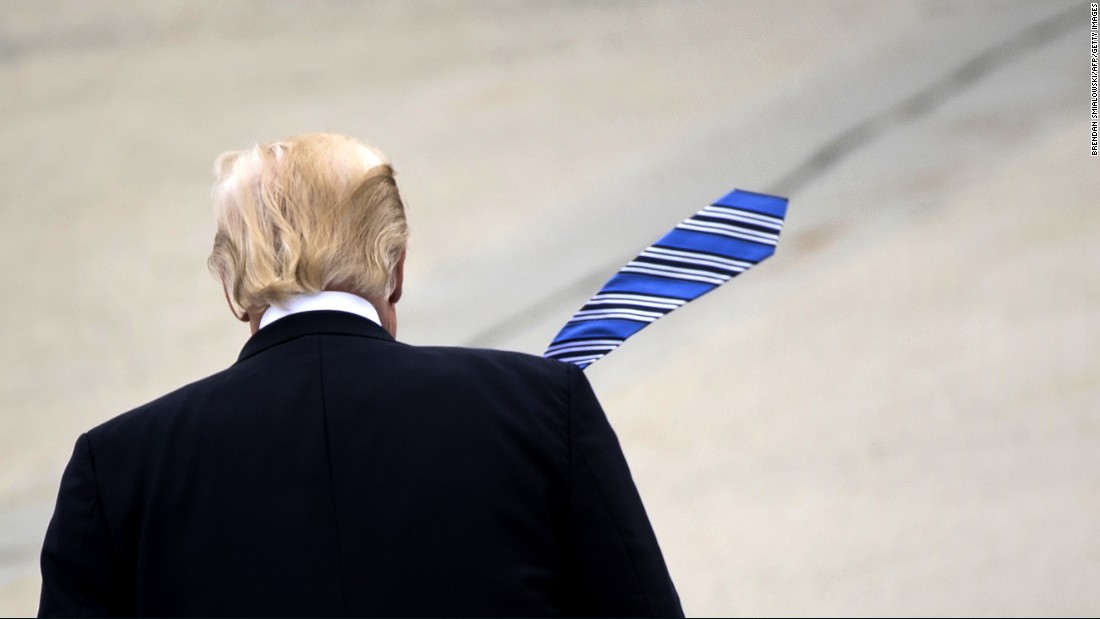 Washington (CNN)President Donald Trump’s governing agenda, which only 10 days ago showed signs of gaining steam, appears to have derailed after he allegedly shared classified information and dismissed FBI director James Comey, both of which threaten to alienate Republicans while bogging down the White House once again.

Hours after The Washington Post reported Trump shared information about terror plots with Russian officials in the Oval Office, alarmed lawmakers on Capitol Hill were pressing the White House for an explanation.
“They are in a downward spiral right now and have got to figure out a way to come to grips with all that’s happening,” Sen. Bob Corker, the Republican chairman of the Senate Foreign Relations Committee, said Monday evening on Capitol Hill. “You know the shame of it is there’s a really good national security team in place, there’s good productive things that are underway through them, and through others. But the chaos that is being created by the lack of discipline is creating an environment that I think — it creates a worrisome environment.”
Conversations with more than a dozen key Republicans across Washington, from the administration to industry lobbyists to Capitol Hill, suggest one of their biggest frustrations is the President’s failure to sell the party’s agenda.
“We are in a holding pattern,” a senior Republican congressional aide told CNN. “They blocked any momentum Republicans had built.”
Despite looming decisions on climate change and Afghanistan, and major pieces of his agenda sitting with Congress, Trump spent the bulk of the past week defending himself in interviews and on Twitter, while venting that his staff had failed to sell his decision to fire Comey to the American public. 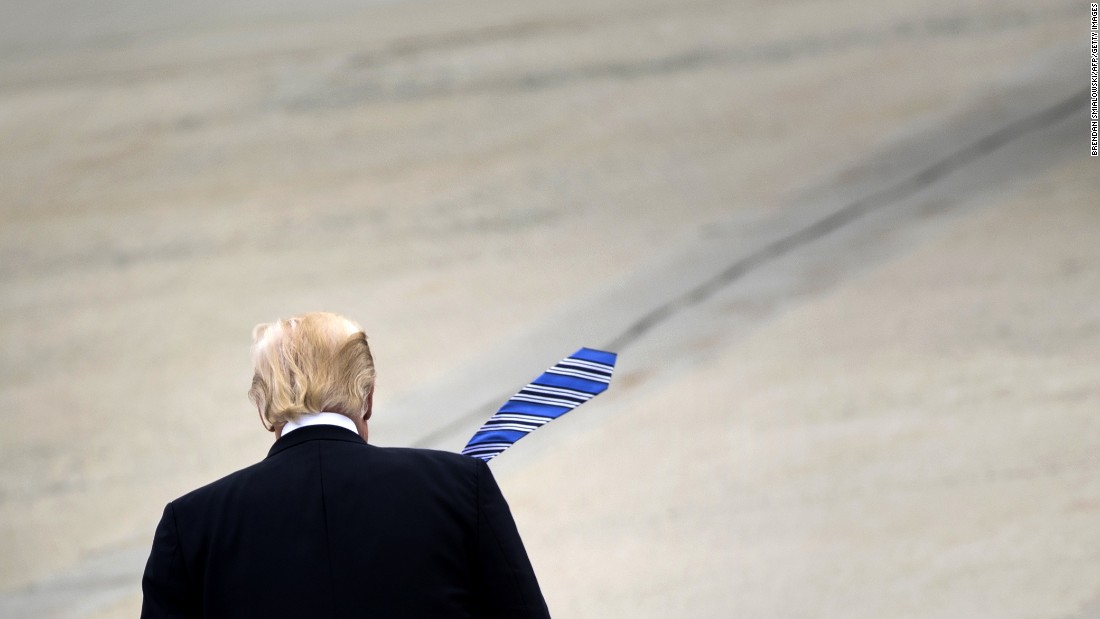 This week, as Trump prepares to embark upon his first international trip as President, foreign allies are also wondering how extensively the self-inflicted uproar could damage Trump’s standing and influence even within his own government.
His standing among allies was further dented when The Post reported of sharing highly classified information during a White House meeting last week. The story further complicated Trump’s ability to dominate the news cycle with his own agenda.
“Can we have a crisis-free day?” quipped Sen. Susan Collins, a Maine Republican, to reporters after news emerged about Trump’s classified disclosures. “That’s all I’m asking.”
Yet the White House insists it is pressing forward with the agenda that Trump ran for office promising, which Republicans are counting on, so they have something to show voters next year. But privately, even many people inside the White House concede the crisis fallout has, for now, shifted the conversation in the West Wing.
“It’s hard to move on when that’s what he’s focused on,” said one White House aide.
Another senior administration official, speaking anonymously to describe dynamics in the White House, said that without any major policy rollouts or staffing announcements ready for last week, the Comey backlash was able to ferment into a full-blown storm. Trump himself fanned the chaos by tweeting in angry spurts about the Comey matter, and little else.
Republicans in Congress say they simply don’t have much to do, given a lack of urgency on legislative priories. A tax bill remains elusive, with the White House insisting on taking a more active role. But there remains little consensus on key points, like how the plan will be paid for and whether the administration will support items like the border adjustment tax, which is in the House plan.
“We continue to meet with stakeholders and members of Capitol Hill, but that conversation continues,” White House press secretary Sean Spicer said Monday of the tax reform plan, three weeks after it was unveiled. 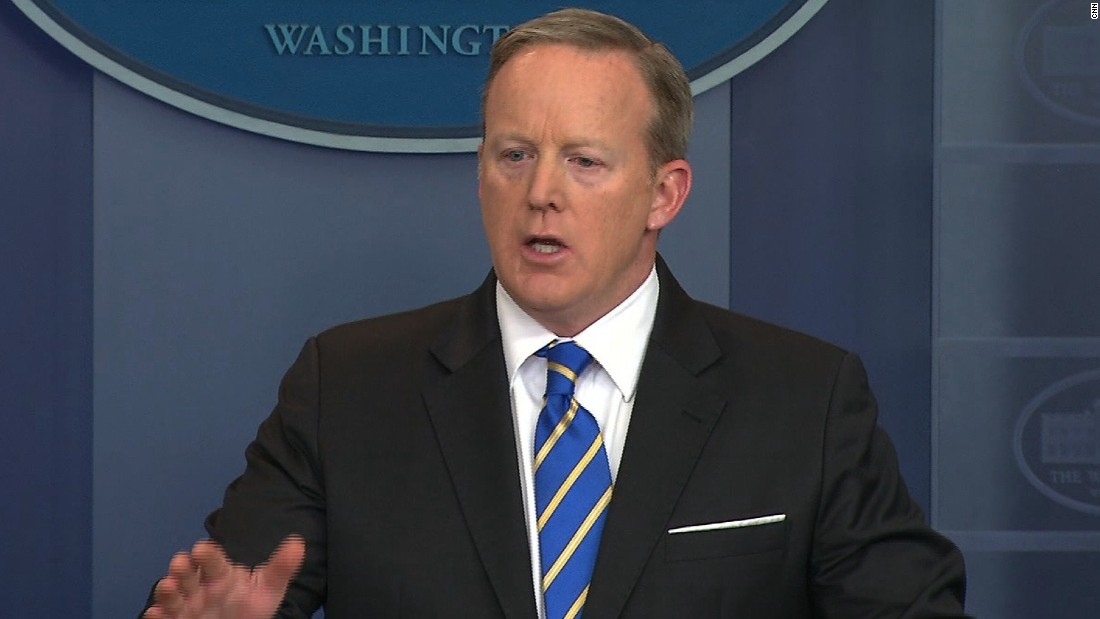 Spicer on Comey tapes: I’ve made it clear

The Trump administration’s agenda received a boost of momentum earlier this month after the House passed the Republican health care plan. The President was beaming at the thought of what could be waiting just around the corner.
“We’re going to get this passed through the Senate,” Trump said during a sun-splashed moment in the Rose Garden on May 4. “I feel so confident.”
Two weeks later, that sense of confidence has given way to deep concern for many Republicans across Washington, who believe the President’s legislative agenda has been stymied by one controversy after another.
“Clearly it makes focusing on a legislative agenda harder to do,” said Doug Heye, a GOP operative and CNN contributor who worked for former House Majority Leader Eric Cantor. “Whether it’s Comey or Sally Yates or whatever it is, it seems that Trump is often getting in his own way.”
“You want to demonstrate you’re not being distracted,” Heye said. “Even if you are.”
Trump offered little evidence last week that his focus was elsewhere. As he and his aides confronted the situation, the President kept a light schedule and made no public comments about any of his policy priorities. Instead, he conducted two television interviews that focused nearly exclusively on the Comey matter, and used his Twitter account to keep the issue at the forefront.
Trump signed two executive orders, one launching a commission to investigate voter fraud and the other taking action on cybersecurity, but both were inked behind closed doors, and Trump himself made no attempt to spotlight them with a public appearance. 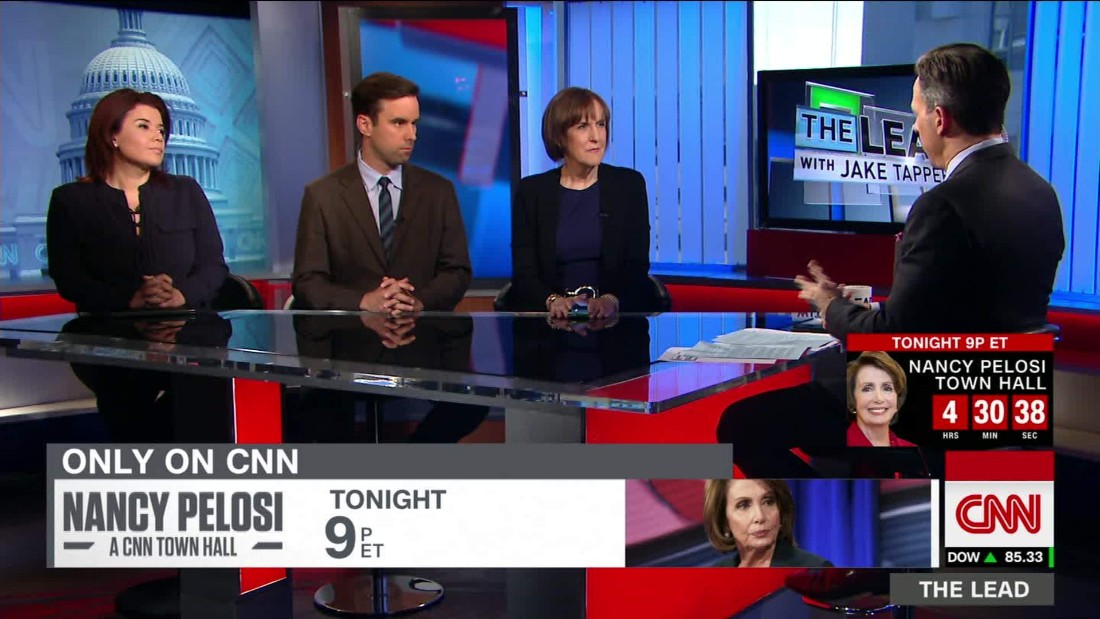 Navarro: What will it take to make Republicans wake up?

The fallout from Comey’s firing is just one of the latest distractions with far-reaching effects.
Confirmation hearings for Comey’s replacement could dominate the summer on Capitol Hill, with legislative priorities once again falling to the background. The calendar is already significantly limited, with June and July the only months that Congress will be in session before September.
“We’ve got a job to do here. We need to be disciplined and focused on fulfilling promises we made,” said Sen. Thom Tillis, a North Carolina Republican. “There’s always distractions out there, and I for one am not one who’s easily distracted.”
For the White House, the list of unfinished priorities still includes these three big-ticket items: health care, overhauling the tax system and repairing America’s eroding infrastructure.
“We control all corners of the government in Washington and the White House still can’t get anything done,” one top Republican in Washington said, speaking on condition of anonymity to avoid alienating the administration. “Time is quickly ticking away.”
It’s an open question whether the White House is helping — or slowing down — the Republican Party’s legislative agenda.
Take, for example, tax reform.
The House was set to release a full plan before Memorial Day, but the administration’s tax reform principles released last month actually created confusion between the White House and Congress, a Republican tax lobbyist said. The White House has ideological divisions between Treasury Secretary Steve Mnuchin and some of Trump’s former campaign advisers. Until those are reconciled, officials said, it’s difficult for the House, Senate and White House to agree on tax reform.
“They’re all trying to get on the same page for the major principles of tax reform before letting the House proceed,” a Republican close to the process said.
The White House has pushed back against suggestions Comey’s firing has delayed the legislative agenda or the Afghanistan decision.
“Comey has played absolutely no role in the timing on this,” said Michael Short, a White House spokesman. “Zero.” 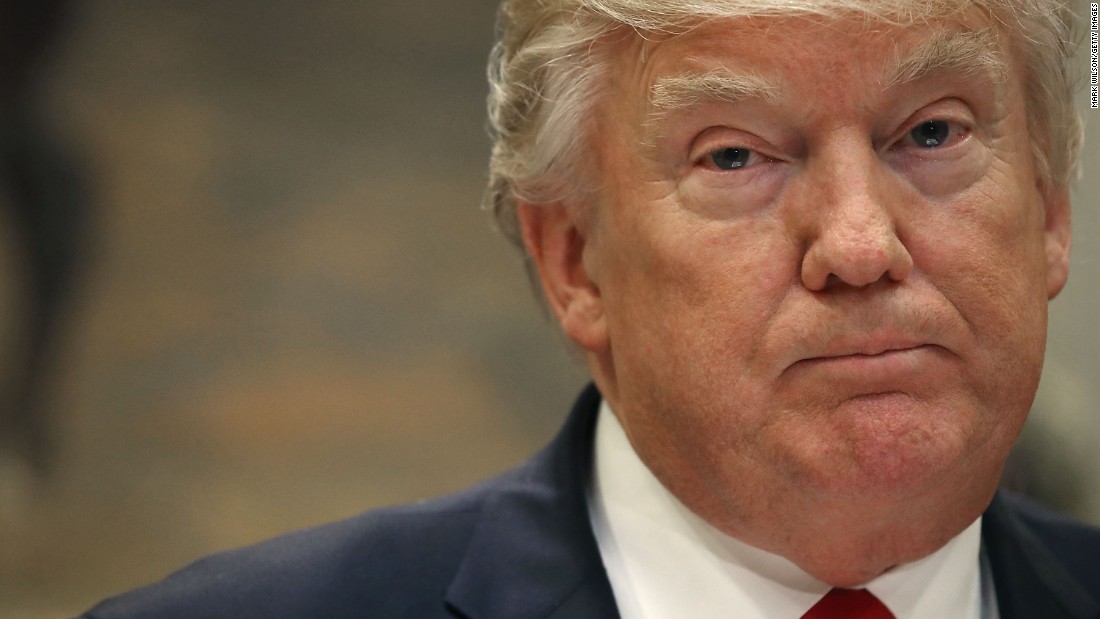 Even as Trump mulls a new FBI director, he faces a series of other critical decisions on US policy, none of which he appears ready to finalize, despite weeks of debate within his administration.
A plan to increase US troops in Afghanistan, while altering the strategy to go after the Taliban, has not yet been approved. US officials said last week that a plan from the Pentagon had been delivered to Trump’s desk, though Defense Department officials have suggested that Trump will assess the contributions of fellow NATO members when he attends a summit at the headquarters of the military collective next week in Brussels.
Trump has similarly delayed a decision on withdrawing from the Paris climate agreement, a determination he was originally intending to make ahead of next week’s G7 summit in Italy. Aides say Trump is newly unsure about how withdrawing from the plan would affect US interests, and his advisers — led by daughter Ivanka — have been working to develop a more robust picture of what withdrawal would look like.
Even as the Comey controversy swirls, Trump is preparing for his first foreign trip at the end of this week, a whistlestop swing through the Middle East and Europe that reflects an ambitious lift for a new White House.
Trump hopes to generate strong alliances with his global counterparts, according to aides, during stops in Saudi Arabia, Israel, the Vatican, Brussels and Sicily. But foreign leaders are carefully watching the new President’s actions inside the United States, looking for any signs his influence in Washington could be compromised.
“I think one question everyone outside the United States has, and are not likely to ask the President, is what is his actual political strength relative to the divisions with Congress, the problems within his own party?” said Anthony Cordesman, a defense expert at the Center for Strategic and International Studies in Washington.
“Can he move forward with his own agenda?” Cordesman asked. “That will certainly be a question as he visits any country overseas.”